TWO NOVELLAS IN ONE BOXED SET

Meet the Stone Men—Kane Addison and Dalton Thatcher—slaves of the hedonistic goddess Pyrenia, their bodies and consciousness imprisoned in stone until needed.

To break the curse, each must find true love. But what modern woman believes in real magic? That statues can come to life? Or that the evil goddess Pyrenia will do anything to keep her playthings enslaved?

Regency gentleman, Kane Addison, sacrificed himself for the family title only to discover true hell as a cursed slave of goddess Pyrenia. To break the curse, Kane must give one woman a moment of True Bliss. But after centuries of shagging, Kane discovers the truth: only true love breaks the spell. Now 200 years out of his own time and filled with despair, Kane must battle evil minions, selfish goddesses, and the lady’s mother to win his beloved Jacqueline.

Book 2—MADE FLESH by Anna Argent

After inheriting her uncle’s statue of a hot, naked man, Sue Sullivan is shocked when it animates to save her from a brutal attack. Now cast into a magical world filled with warring goddesses, Sue strikes a bargain to give her stone man, Dalton Thatcher, a precious week of freedom. But what begins as a simple bargain is about to cost Sue and Dalton everything, if they can’t outwit a goddess.

Praise for The Stone Men—Vol 1

Fun read. I ordered the second series book about half way through this first story. Can’t wait for the follow-up. – Goodreads review

The idea of the Stone Men is very original. It caught my attention right from the beginning and kept me there until I finished. – Goodreads review

5 stars — From the first chapter of book one to the final page of the second I was in awe of the story and I loved the characters. You don’t want to miss an amazing fantasy romance. – Goodreads review

5 stars — Two beautiful stories of stone men who suffered for love giving their life in trade, and the woman who love them enough to sacrifice themselves to free them! Thanks for the incredible romantic reads – Goodreads review 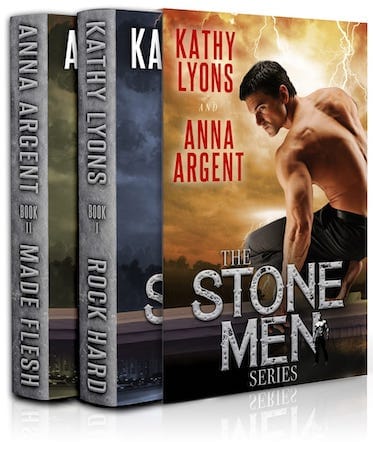 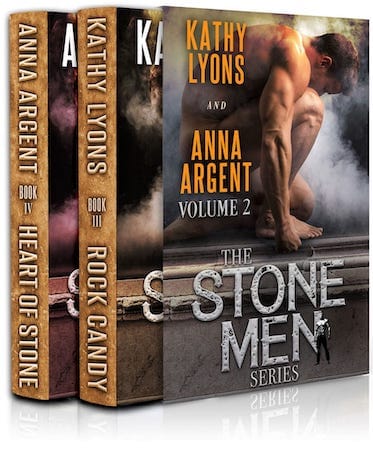